Watch it with the S6

With the Galaxy S6 and S6 Edge’s breakthrough design and functions, Samsung aims to drive product engagement that would lead to sales and competitive conversion. Digital and mobile are one of the key channels with a huge potential to achieve these goals.

The campaign targeted Vietnamese young adults, aged 18-35, who belong to middle to high social class. The phone they use defines who they are and expresses their will of how they want to be treated and perceived by others. Most of them consider iPhone as a most preferable choice and care less about Samsung. Their life is driven by modern fashion and trends; among them is a fascination for celebrities and love stories. Connectivity is an integral part of their life.

To trigger curiosity among non-S6 users, the juicy bits only appeared on S6 screens connected to the film while non-S6 users were blocked from seeing them. The platform automatically detected if a non-S6 phone was connected and streamed a different version of the film prompting the user to use an S6 to unveil the full story. Most interestingly, various features of Galaxy S6 were shown to those who were experiencing the story on their non-S6 screens.

With the stunning design and powerful features of Galaxy S6 and S6 Edge, we believed that if our target audience gets their hands on these phones, they will certainly give them a serious thought – even hard-core loyalists of other smartphone brands.

The challenge is how to generate enough curiosity for them to experience the Galaxy S6 / S6 Edge?
We knew that our core audience is driven by passion for celebrities and love stories. So we shot a film featuring the famous celebrity, Thanh Hang, falling in love with a strapping young man in Paris. We shot the entire film in Europe capturing the sophisticated style and aesthetics aspired by the Vietnamese consumers.

But it wasn’t just any plain old love story; extra juicy bits were inserted into the narrative that could be seen only when users sync their smartphones with the main screen, made possible through the double screen technology. The technology integrated the online film for desktop and mobile at once enabling the users to connect with the film and interact with it seamlessly on both screens.

Watch it with the S6 Case study

The awareness on the story initially started spreading through the TVC showing the events happening before the couple’s first meeting. The story, then, continued in the online short film released with interactive dual-screen platform. 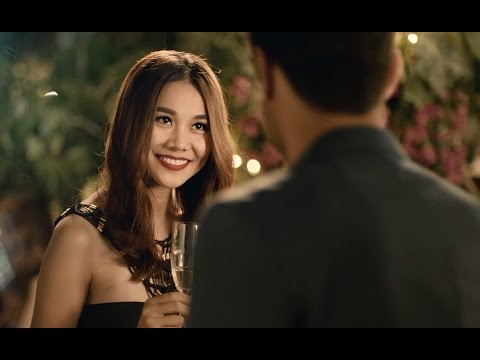 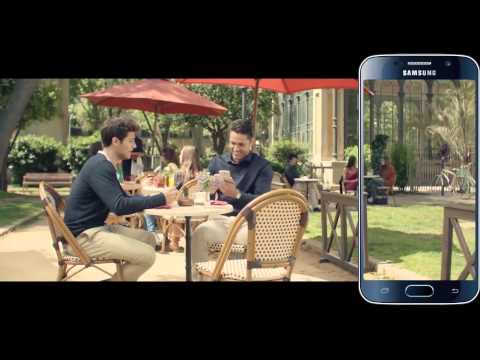 The campaign also threw in an incentive of a chance to win a trip to Paris by answering the trivia about the love story at the end of the film. To answer correctly, one has to watch the film with a Galaxy S6. The double screen platform has been promoted online targeting both desktop and mobile users specifically.

Through the dual screen video experience, viewers had to use their smartphones to interact with the film in an innovative engaging way. By entering a code into their mobile phone, a connection is made with the main screen (desktop or tablet). During the synchronization process, the user’s smartphone brand and model were recognized by the system automatically. This enabled the platform to stream a full story content for S6 users or incomplete story for non-S6 users that would be projected on the mobile screens. And to drive trials, customized messages were injected to the content for non-S6 users prompting them to unveil the full story by using an S6 phone.

While watching, users placed their phone over the screen to discover and unveil several interactive features between the main screen and the mobile screen. The platform experience enabled the brand to interact with other non-S6 smartphone users, who got to experience the S6 features and interface in their non-S6 mobile screens.

Apple owns a powerful and consistent proposition in Vietnamese consumers’ mind, standing still for high class, premium and innovation. Samsung was perceived as the follower with a brand image lacking emotional and lifestyle connection with the consumers causing the business shares to shrink versus high and low end competitors.